Get the latest Pop Music news, features, updates and giveaways straight to your inbox Learn more

Taylor Swift is responsible for inspiring many. And now that includes a hotel in France, too.

As reported by Travel and Leisure, the luxury boutique hotel, Royal Champagne Hotel & Spa, has created a hotel package inspired by Swift’s music.

To be more specific, they’ve been inspired by a song from one of Swift’s latest surprise and not to mention record-breaking albums, evermore.

The song being none other than, ‘Champagne Problems’.

And after we tell you what exactly the hotel package includes, you’re sure as hell going to be wondering why this hotel team are so up in their feels.

The hotel is located approximately 45-minutes out of Paris and more specifically is located in the Champagne region of France.

They’re claiming that the package: The ‘Champagne Solution’ to your ‘Champagne Problems’ is the answer to our post-breakup blues.

So what does the Tay Tay-inspired package include?

First things first, you’ll kick things off with a first class, round trip via train from Paris to Champagne.

Your accomodation includes two nights state in one of their royal suites which features panoramic views of the vineyards – naturally.

You’ll receive a bottle of Dom Perignon Vintage 2008 upon arrival. In case that wasn’t enough, you’ll also have access to their world-class spa and a Michelin-starred dinner at their restaurant.

Oh and last but not least, a face mask, “for your tears”.

If it weren’t for COVID-19 ravaging the world in what we could only describe as being in a seemingly relentless manner, this would be an awesome event to plan your Euro trip around.

There’s no doubt that the cost of the package is something ridiculously premium. But damn, someone at the Royal Champagne is either Taylor Swift’s biggest fan – or they’re just going through a really shit breakup.

Watch the lyric video for ‘Champagne Problems’ by Taylor Swift. 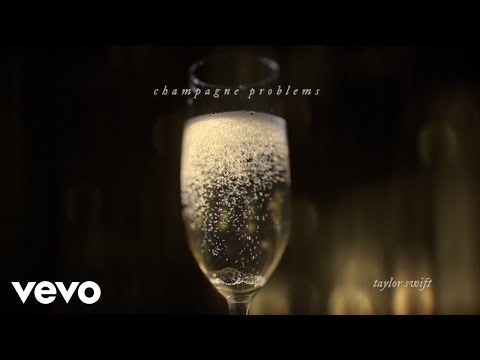