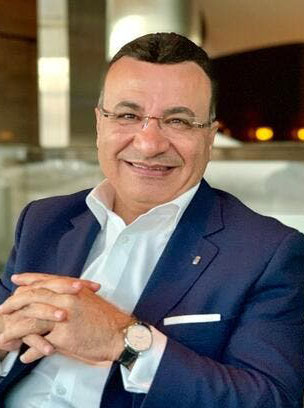 The Ritz-Carlton Hotel and Residences in Amman has recently named Tareq Derbas as General Manager ahead of its opening in 2021. The latest appointment was one of the final directives of the late Chairman of Al Eqbal Real Estate Development and Hotels, Tawfiq Fakhouri, whose careful selection of seasoned professionals underlined his ambitious vision to deliver unmatched prestigious properties that leave a special mark on Amman’s skyline.

With over 25 years in the hospitality industry – specifically in hotel management and guest experience – Derbas will be responsible for overseeing the operations of The Ritz-Carlton project in Amman and extending the brand’s world-renowned services to guests in the heart of the Jordanian capital.

Throughout his career, Derbas occupied senior roles in award-winning hotels such as The St. Regis, Four Seasons and the iconic Burj Al Arab. Most recently, Derbas held the position of General Manager at The Ritz-Carlton, Dubai International Financial Centre, cementing its status as a premium hotel for both leisure and business guests.

Hailed for his business acumen, people-oriented management style and attention to detail, Derbas holds a remarkable track record of successfully opening and transforming many luxury hotels in Jordan, Oman, Qatar and the United Arab Emirates. In 2010, he led the launch of The St. Regis Doha, which thrived during his tenure to earn an esteemed rank as one of the top 100 hotels in the world in 2016.

One killed in hotel roof collapse in York | Latest News