Max Homa, PGA Tour Twitter’s resident funny guy, had a new story to tell on social media after arriving in Michigan for the 2022 Rocket Mortgage Classic.

He and his wife, Lacey, like to eat at The Henry hotel in Dearborn, but their latest trip to the hotel and restaurant could’ve ended with an arrest. Lacey is pregnant with their first child, and Max knew her “pregnancy brain” had kicked in when she went into the establishment looking for water.

She walked straight to The Henry’s fridge and took a water bottle without paying for it, but, luckily, she remembered where she was before leaving the premises.

“I was like, ‘All right, I guess I might need to apologize to somebody.’ We’ll figure it out,” Max said of the unwitting theft. “But yeah, it’s been fun. Yesterday was the first baby appointment I’ve missed. But the rest has been really cool to see, and seeing that part of life, it’s a reminder that golf isn’t everything. There’s a lot of things that will make you happier and have a lot more fun.”

Amid LIV Golf’s controversial rise to prominence, Homa’s one to remain focused on more pleasant matters, like becoming a first-time dad. He has six top-25 finishes in his last eight starts on Tour. He also soaked up playing with Tiger Woods at The British Open two weeks ago and took in a Detroit Tigers game for the second straight year on Tuesday.

Homa, No. 11 in the FedEx Cup standings, didn’t initially plan to play the Rocket Mortgage Classic for the third time in four years. But his hopes of pushing into the top 10 ahead of the FedEx St. Jude Championship made for a trip to Detroit. Before Michigan, though, he enjoyed eyeing one of golf’s greatest while chasing down leaders Scottie Scheffler and Cameron Smith at St. Andrews.

“The thing I’ll remember the most probably was the 18th (hole) walk, just because it was a historic moment,” Homa said of being grouped with Woods at The Open. “One of those things I feel like people will say, ‘I’ll never forget where I was when…’ and, like, I was there. So I thought that was neat. And it was cool to see the fans just show him the utmost respect that he has earned.”

The die-hard Los Angeles Dodgers fan — and part-time Detroit Lions supporter since his friend Jared Goff was acquired from the Los Angeles Rams in January 2021 — enthused about the energy during the Tigers’ 10-inning, 6-4 loss to the San Diego Padres: “The energy is good. I mean, they haven’t been very great for a bit, but they’ve got Miguel Cabrera, so it was cool to hear everybody go nuts when he got up to bat. … I got to go to root against the Padres, so that’s always a joy to have a dog in the fight.”

Photos: Max Homa through the years 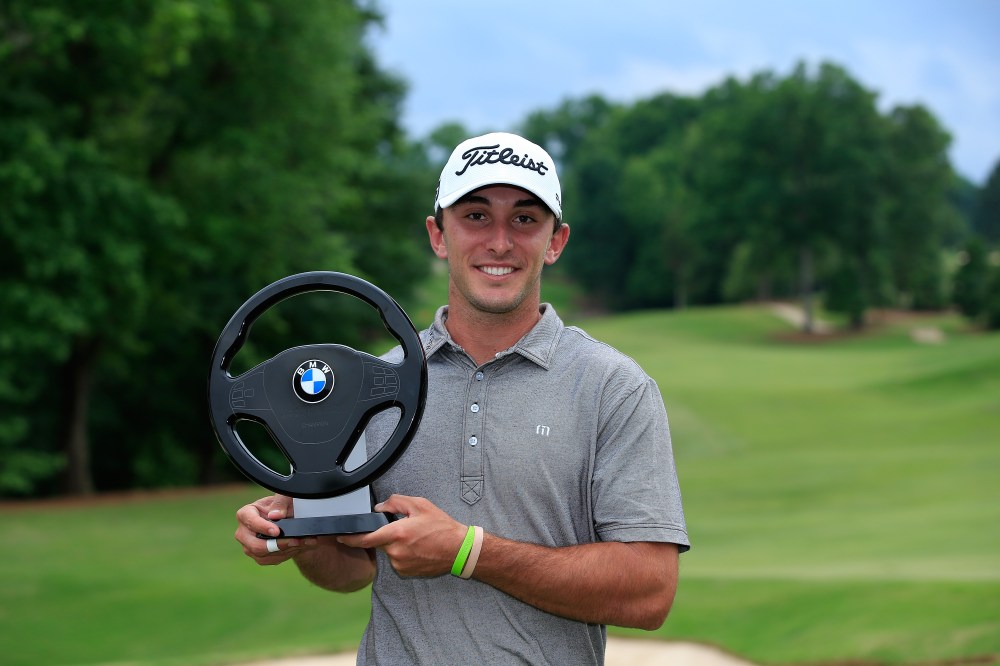 Antonio Brown Indecently Exposes Himself to Guests at Hotel Pool

Sabre May Be Looking to Sell Its Hospitality Technology Business |