Hotel quarantine has now been breached in every mainland state in Australia, leading experts to label the latest failure ‘Groundhog Day’.

A hotel quarantine worker contracts the virus – and an entire city and surrounding regions are plunged into a hard lockdown.

In November it was Adelaide.

In January, it was Brisbane.

And yet, as more infectious and potentially more dangerous coronavirus variants crop up more and more in returned travellers – Australia still has no national standards for hotel quarantine, to the ongoing frustration of GPs and epidemiologists.

What should the testing regime be for workers? What ventilation standards should hotels adhere to? What level of PPE is required? And should private security firms still be used? These questions are up to each state or territory – and that, experts say, can leave gaps the virus can exploit.

Since breaches of Melbourne’s hotel quarantine, a long judicial inquiry and a detailed report, there have been leaks in Adelaide, Sydney x6, Adelaide, Brisbane and Perth. When will we have a national standard? No private security guards, daily PCR tests for staff, effective PPE.

The new Perth case has marked similarities to viral escapes in other states. A private security guard contracts the virus at a quarantine hotel – in this case, the Sheraton Four Points. How is as yet unknown, though epidemiologist Dr Nancy Baxter, who heads Melbourne University’s School of Population and Global Health, has suggested poor ventilation may be a factor.

The security guard has a second job as a rideshare driver – though he reportedly did not work while infectious – and lives with a number of other people.

He contracted the virus around 26 January when he worked at the hotel on a floor where a quarantined person with the UK variant was staying. After feeling sick on 28 January, the man visited a GP, and tested positive on 30 January.

Prior to seeing his GP, the security guard was last tested on 23 January, despite WA committing to the daily testing of hotel quarantine workers more than three weeks ago.

That policy was finally enacted last Friday, but the cat could already be out of the bag.

Worryingly, the WA Police Commissioner has now confirmed he has the more infectious UK variant, which is up to 70{d54a1665abf9e9c0a672e4d38f9dfbddcef0b06673b320158dd31c640423e2e5} more transmissible. As a result, the state has plunged into a sharp five-day lockdown to flush out cases – and give the contact tracers time to get to work. To date, no new cases have been detected, but Western Australia has announced an inquiry will be held.

Could this have been avoided?

Why for quarantine workers does:

> WA does once a week testing

There is no good reason for such variations. We need nationally consistent infection prevention/control guidelines. #covid19aus

‘We’re not learning. It’s driving everyone crazy,’ he told newsGP.

‘It’s critically important to stop these leaks, because we’re now starting to see that not only are these variants more contagious, but they’re potentially also more lethal. Furthermore, we’re seeing that vaccines don’t do quite as well against them.

‘We can see how fast the variants take off in the UK. We know there are leaks from hotel quarantine – we’ve seen them in just about every state – and we’re going to keep seeing these outbreaks until we’ve done something about hotel quarantine.

‘These hotels weren’t designed as quarantine stations – they don’t have ventilation.’

Professor Esterman is in favour of regional hotel quarantine facilities as a way to safeguard major metropolitan centres.

‘Why don’t we have quarantine in remote areas where, if it did leak, it wouldn’t matter. You’d have staff living at the stations. People say it’s too difficult, that you need access to hospitals. But I don’t believe that’s too hard,’ he said.

‘Traditionally, quarantine was done on an island or on ships. It’s not rocket science.

‘Why hasn’t WA learned from Victoria? It’s just crazy. Everything is reactive. We need a national system that dictates how quarantine systems will work.

‘Everyone should move to the same drumbeat. Let’s adopt best practice in every state and territory.’

‘We need national standards for hotel quarantine. It’s beyond time. We should be thinking as a nation, not as this little cluster of states and territories,’ he told newsGP.

‘We need to fix ventilation, to make sure there’s no air duct blowing air down a corridor past all the guest rooms. Victoria sent in engineers to redo the whole hotel ventilation systems where positive people are staying.’

The threat of new variants makes it even more important to get on top of any leaks, he said.

‘We have to take this seriously. The variant from Manaus in Brazil concerns me the most,’ he said.

‘The antibody response to the first infection is not effective for the new variant. It’s only a matter of time until we get that. It is just inevitable.’ 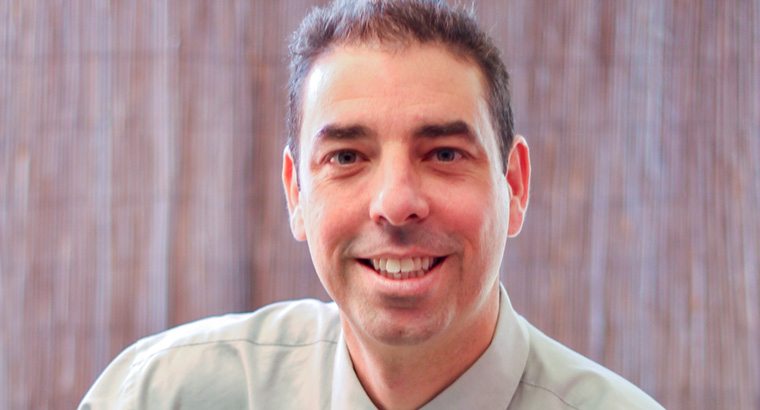 RACGP WA Faculty Chair Dr Sean Stevens said the college is working hard to minimise the impact on registrars due to sit the upcoming AKT exam.

Professor Toole said the recent hotel quarantine breaches in WA, NSW and QLD suggest a lack of preparedness and a puzzling reluctance to learn from other states.

‘Sydney [residents] didn’t even have to wear masks until January 17th. [Meanwhile], the National Cabinet decision to test quarantine staff [daily] was on January 8th, but it took WA until the 25th to implement it, and WA must have one of the lowest testing burdens in the country.’

Professor Toole said he did not understand the reluctance to learn.

‘We’re all pretty new to a pandemic of this scale – but we’ve had 12 months to learn,’ he said. ‘You’d think there would have been eagerness to learn. But it doesn’t seem to have been the case.

‘For Australia, more than any other country in the world, it’s important to protect the border. It’s expensive – but how much will this five day lockdown in Perth cost?

‘What was the economic cost of prolonged lockdowns in Sydney? We can’t be penny pinching. We need to spend whatever it takes for a system that protects the economy.’

RACGP WA Chair Dr Sean Stevens told newsGP it is important that WA patients in lockdown do not put off their healthcare, pointing out that telehealth options and social distancing are in place.

He also said the RACGP is working hard to minimise the impact on registrars due to sit the AKT exam this Friday.

‘Communication went out within hours of the lockdown being announced and our website has rapid updates,’ he said. ‘If any registrars have concerns, I would encourage them to email the examinations team.’