invasion of Ukraine, Americans are getting an inkling of what it felt like eight decades ago when fascist dictators were on the brink of plunging Europe into war. Today the war news is available around the clock on TV screens, in print, and on the internet. Back then the best source of news was an intrepid band of young American newspaper correspondents whose exclusive dispatches brought home word of the coming cataclysm.

Their bylines are all but forgotten today, yet their journalism helped shape our understanding of the dangerous new world America was destined to lead. They brought a new psychological dimension to their profiles of world leaders and their interpretations of global events. And they were a frisky bunch—heavy drinkers, as adventurous sexually as they were in pursuing scoops.

Now four of them—John Gunther, Dorothy Thompson, Vincent Sheean and H.R. Knickerbocker—have been brought back to life by Deborah Cohen in “Last Call at the Hotel Imperial: The Reporters Who Took On a World at War.” These journalists have been chronicled before, but Ms. Cohen, a history professor at Northwestern University, takes their story to a new level with prodigious research and sparkling prose. The book is a model of its kind.

Last Call at the Hotel Imperial: The Reporters Who Took On a World at War

We may earn a commission when you buy products through the links on our site. 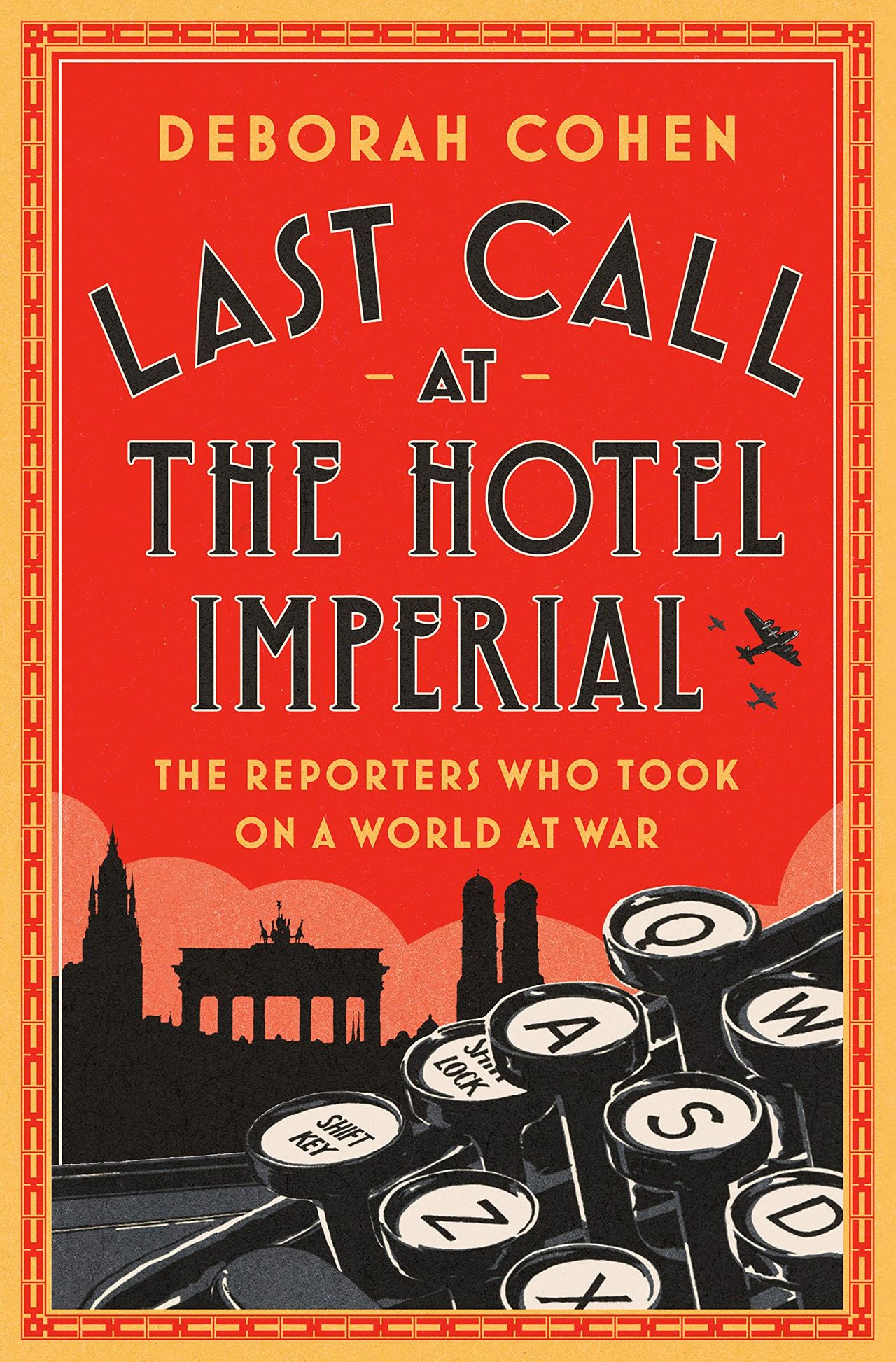 The author follows her subjects not only to the world’s flash points but also into their bedrooms and onto their psychoanalysts’ couches, documenting their news-chasing heroism and romantic treachery. They emerge as paragons of journalistic nerve whose flaws energized their accomplishments. “In the interwar years,” Ms. Cohen writes, “American foreign correspondents became the kings of the hill. Shouting questions in ministerial briefing rooms, bragging in bars”—among them, Vienna’s Hotel Imperial—“they comprised the largest contingent of foreign reporters in most world capitals.” These reporters were everywhere through the fraught 1930s: in the Soviet Union as Stalin starved the Ukrainian kulaks; in Germany for Hitler’s beer-hall putsch, the Night of the Long Knives and Kristallnacht; in Spain for Franco’s bombing of Guernica; in Ethiopia for Mussolini’s invasion.

Gunther and Thompson are Ms. Cohen’s headliners. Chicago-born and polished at the University of Chicago, Gunther was the celebrity journalist of his time. He was a compulsive reporter and inexhaustible writer whose bestsellers include “Inside Europe”—he did “more than any other reporter,” we’re told, “to raise the alarm about the European crisis.” He churned out his books while in a soap-opera marriage with Frances Fineman, a brilliant left-wing woman who gave him many of his insights while seething at her subordinate role, both proud and jealous of his success. Away from the typewriter, Gunther was no angel. He had an affair with the wife of his friend H.R. Knickerbocker; in New York, he hung out at the Stork Club with a society gal named Bubbles and was a popular client at Polly Adler’s swank bordello.

Thompson, the daughter of an upstate New York clergyman, became the most famous woman journalist of the era, “the center of every circle of reporters” and the inspiration for the play and movie “Woman of the Year.” In her mid-20s, with no experience, she had shipped out to Europe to became a foreign correspondent. An early interview with Hitler was one of her first coups—and a source of eternal embarrassment. She dismissed the Führer as “startlingly insignificant.” Joseph Goebbels pronounced her “a nitwit,” and she became “the first American correspondent to be expelled from Nazi Germany”—which only enhanced her celebrity.

At the peak of her career, Thompson alternated with the master Walter Lippmann as a political columnist at the New York Herald Tribune, had a weekly NBC radio commentary and wrote a monthly piece for Ladies’ Home Journal. A confidante of President

she wrote at least one of his fireside chats. For most of this time she was married to Sinclair Lewis, the Nobel Prize-winning author of “Main Street” and “It Can’t Happen Here”—a nasty drunk from whose antics she fled into a lesbian love affair.

Sheean was another courageous, conflicted soul. A farm boy from Illinois, he was a year ahead of Gunther at the University of Chicago. One of his first reporting jobs was at the New York Daily News, where the editors believed he could be “an asset in courting the confessions of murderesses and philandering wives.” Sheean eventually parlayed that start into a long career abroad and an early bestseller, “Personal History,” which turned “his experiences reporting from revolutionary China and Soviet Russia into a call for young people in the West to embrace the world’s struggles.” A lifelong alcoholic and homosexual, he married a 20-year-old woman when he was 35 and had a child and soon after a nervous breakdown. When sober, Sheean was a fearless crackerjack reporter. Sympathetic to the Soviets, he was shocked by the Hitler-Stalin Pact. But he could be prescient, too—he was among the first to warn the world of the Holocaust.

Knickerbocker, a Texas boy, seemed to have fewer demons than Gunther or Sheean. “He was always rushing,” Ms. Cohen writes, “to the places other people were fleeing.” He won a Pulitzer in 1931 for his reporting on Stalin’s depredations in Russia. He interviewed Mussolini at the Palazzo Venezia in Rome, describing how he had to walk 80 feet from the door to reach Il Duce at his desk. He was an eyewitness to all the nightmarish incidents leading to Hitler’s takeover in Berlin and predicted the Hitler-Stalin Pact ahead of the pack.

Imagine picking up your newspaper to read John Gunther’s dispatch from Ukraine, or flicking on CNN to hear Dorothy Thompson talk about her latest interview with Vladimir Putin, and you’ll get a sense of the news as history.

Mr. Kosner was the editor of Newsweek, New York, Esquire and the New York Daily News.

85 People Evacuated From Hotel On Holbox Island After Fire

Max Homa’s wife committed theft at a Detroit hotel, but didn’t mean to