Luxury lifestyle brand Edition Hotels, launched in collaboration between Marriott International and hospitality veteran Ian Schrager in 2007, isn’t backing down from expansion amid the pandemic. The brand recently announced plans to open seven new locations — including outposts in Rome; Madrid; Dubai; and Reykjavik, Iceland — over the next year. The new hotels will bring Edition to a total of 18 properties, joining the brand’s existing presence in Miami; New York; West Hollywood, Calif.; Barcelona; London; Bodrum, Turkey; Abu Dhabi; Tokyo; and Shanghai and Sanya, China. Hotels editor Christina Jelski spoke with Edition senior vice president and managing director Dan Flannery to get an update on the flag’s recovery and reopening strategy. 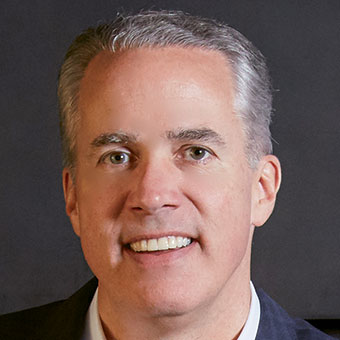 Q: How did Edition fare in 2020, and what’s the status on where the brand currently is in terms of recovery?

A: In the first half of 2020, everybody was focusing on financial analysis, whether you should close, what’s the tipping point for reopening and when that would be. But then what we saw through the year is that our resort hotels — Miami; Bodrum, Turkey; and Sanya, China — beat budget. There are affluent Chinese who might normally travel out of the country, go to Europe, go to Ibiza or go to other destinations, who are now going to Sanya for the first time. Bodrum saw the same thing. In Miami, we reopened, and then there was a Covid-19 spike in Dade County, and the occupancy dropped. We had to react to that, but it’s now come back and running over 60{d54a1665abf9e9c0a672e4d38f9dfbddcef0b06673b320158dd31c640423e2e5} occupancy.

The dynamics are different based on where you are — it’s a big difference between urban hotels and resorts. If you’re reliant on leisure, you’re doing very well. If you’re reliant on business travel and group and borders being open, you’re doing poorly. Our hotels in New York, London and Barcelona are still closed, and we’re trying to figure out what’s the window to get those open. I think it’ll be sooner rather than later, but it just depends on the combination of coming out of winter and the vaccine impact as we go forward.

Q: Given Edition’s exposure in a lot of major urban markets, what elements do you think will give the brand a competitive advantage as we head into recovery?

A: The fact that we’ve put so much effort into really creating a new product is beneficial. I think the other thing that helps is we’re a relatively young brand. We don’t have assets that are 20 or 25 years old or badly in need of renovations.

We also do a disproportionate amount of restaurant and bar business, and we’re not so reliant on banquets and big group business, which will be an advantage for us because I think the group business will be one of the last segments to return. And interestingly, we’ve had more and more interest from secondary cities. One of the seven that we’re going to open is in Tampa. We’re starting to get those inquiries partially because of the success of the brand on the hotel side, but part of the appeal is that we’ve been able to drive those disproportionately high restaurant and bar revenues.

Q: One of your New York hotels, the Edition Times Square, was widely reported to have closed permanently, but it sounds like that’s not the case. Why did that particular hotel receive so much media speculation over its closure?

A: There was a significant amount of press on that because even pre-pandemic, there were some issues going on between the lender that had gotten public. It’s quite a complicated deal. It’s 80,000 square feet of retail space, a Jumbotron and a hotel in Times Square. It’s a big project. There was some question about whether those funding disputes would impact us, and it caused us to send out warning notes to our employees that we could potentially be issuing termination notices. Fortunately, those issues were resolved, and we were able to rescind those notices.

Now, it’s just a question of when the environment is free to open there. If we get out of winter and continue to get vaccine distribution, we’ll start to see some positivity in New York. I think when it starts to turn, it’ll turn pretty quickly. And then, I think, we should be prepared, because there’s a lot of people who love big cities like New York and London and Barcelona who are going to want to come back.