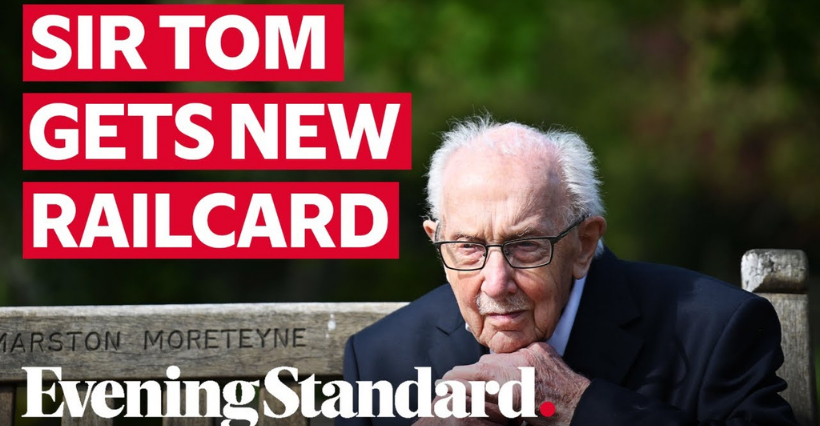 To honour armed forces in the lead up to Armistice Week, Rail Delivery Group (RDG) launched the Veterans Railcard, designed to bring veterans closer to their families. And with Covid-19 restrictions leaving many feeling isolated, it seemed particularly important to not only honour the bravery of the armed forces and the sacrifices they made, but to also highlight how the railcard made the difference between staying at home and going to visit people far away.

Spark Foundry set up a bespoke online panel, ‘The Heroes Hall’, gathering qualitative insight into UK veterans. Alongside interest in news and current affairs there was one critical
finding. Whilst ‘celebrity’ was not important to them, they were highly motivated by experts, particularly those who had made heroic commitments to their field of work.

For fast and wide campaign coverage, RDG partnered with radio network Wireless. Two of the most prominent British ex-service people – Sir Captain Tom Moore and Dame Kelly Holmes spoke about their experiences in the military to connect with listeners and illustrate the benefits of the railcard. Remembrance Sunday was another key moment of impact, with print insertions and radio takeovers on the day paying tribute to the nation’s fallen heroes.

The campaign sparked national interest with Sky News and a number of newspapers picking up on the story, which also trended on Twitter. Sales of the railcard significantly exceeded expectations and the campaign received extremely high levels of positive sentiment.

During the pandemic, the Department for Transport ordered all train companies to cease
any marketing that promoted travelling. South Western Railway (SWR) decided to focus its spend on supporting local businesses which had suffered months of closures, helping them to get them back on track, and spotlighting local enterprises doing amazing things. It partnered with Global and its radio stations Smooth and Heart, with local presenters encouraging listeners to nominate the business heroes who deserved a helping hand. A series of audio ads in the style of Heart and Smooth also encouraged audiences to support local businesses across SWR’s network.

Australia: The Perfect Reward for 2020
The Telegraph and Universal McCann with Tourism Australia

The Blitz: bringing the past back to life
the7stars with Ancestry

8 Gorgeous Tuscan Villas and Hotels for Your Next Italy Trip, May 2021